Yoga: A Religious Practice or a Practice to Expand Quality of Life? 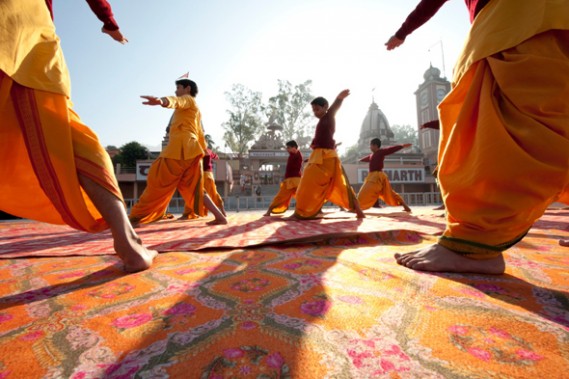 Read Yoga District Instructor Dani’s thoughts on yoga’s evolution from spiritual practice to physical exercise – and back again to the spiritual:

Is practicing meditation or asana without the devotion to the original religious texts with which yoga was inspired still considered to be yoga? This article written by Antonia Blumberg for Huffington Post states that “Yoga’s rising global popularity has led to disagreements about what constitutes an authentic yoga practice – and about who is qualified to say what’s authentic and what’s not.”

With yoga becoming even more popular, are we really delving into yoga as the ancient texts refer to it, or are we merely using yoga as a doorway to the many benefits it brings, without the attachment to the spiritual side?

With yoga rooted heavily in the ancient texts of the Bhagavad-Gita and the Vedas, is the practice of yoga, by default, a religious practice? Blumberg speaks to the approach that yoga is of such benefit, that it should be “spread to the masses,” but that is bringing about some controversy when it comes to the religious attachments that yoga brings.

Can yoga become a blending of the two concepts and still be considered yoga? Is yoga evolving to encompass both the spiritual side, even if that is not the initial reason one comes to the practice, along with the physical benefits?

There is also a great podcast linked at the bottom of the article that dives into these questions a bit more.