Accessible Yoga & Community in the Philippines 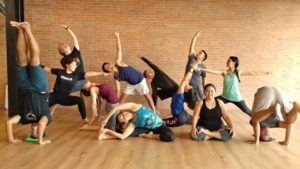 “Our vision is for yoga to transcend barriers in the Philippines. We want the practice to be easily accessible for everyone and anyone,” – Richie Bernardo

The opening of Community Fitness Studio highlights the power of yoga in bringing people together, creating a real sense of community, and of acceptance.

Richie Bernardo and Jonathan Donnelly, two graduates from Yoga District’s teacher training program, opened up a non-profit studio in the Philippines in December 2017. They modeled their studio, Community Fitness, after Yoga District.

The opening of their studio brought yoga to the inner city of Manila. A place where most people had only heard of the term yoga but never practiced.

Richie Bernardo shares about Community Fitness Studio and its connection to its community. 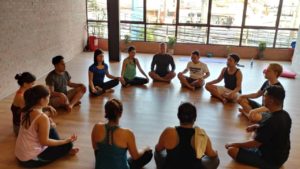 Community Fitness Studio is a non-profit yoga studio that also offers other activities like Zumba, belly dancing, and martial arts.

We are an inclusive space for people from all walks of life. Our focus is to help students explore their physical potential. We want them to find enjoyment during their time in our studio. That is why our rates are a lot less than other studios that offer the same activities. It’s because we want to be accessible to more people, including those who are working on a very limited budget.

Our goal is for someone to step out of a class a better and happier person than when he/she arrived. We want an atmosphere of individual freedom of movement. A place where people can let loose, have a great time, and not be afraid of judgment.

We are here to provide our community with a venue to explore their own person. We accept themselves for who they are as well as their potentials and limitations at the moment.

We are eager for every opportunity to support our community members with their individual goals. We are there with them to celebrate every success. 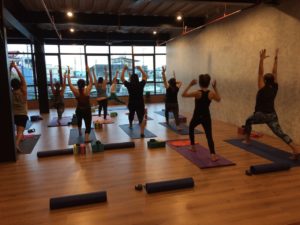 The practice of yoga in the Philippines is not as common as here in the United States, Thailand, Bali, and—of course—India. The fitness craze is slowly becoming more popular in the Philippines but yoga is of interest to just a tiny portion of the population.

One reason for that is it’s not readily accessible for those who want to drop in for a class after work or during lunch break.

I visit the Philippines regularly. But, after several holidays, I realized that I missed the practice at Yoga District. I missed the kind of flow and vibe the studio has and how my body is so well adapted to the music the teachers play.

Towards the end of one of my holidays, I ended up practicing on my own in my hotel room. And it just dawned on me—why not bring Yoga District’s kind of yoga to the Philippines? That was a major light bulb moment.

Luckily, there was a huge space available in the building where I worked. It has a high industrial-style ceiling and huge windows that bathed the room in sunshine the whole day! The building is in the heart of Kapasigan District in Pasig City, my hometown.

Kapasigan is considered the area’s financial district and is bustling with people from sunrise to midnight. It’s at the crossroads of commerce. Local residents and transient workers coexisted here even before the newer commercial and business districts were developed a short distance away.

It’s in these newer districts where property rates are sky-high and many of the yoga studios are located. Since the rent is high, this makes the yoga classes expensive as well. The high price for a class is a major turn off to many people.

I didn’t find any wisdom in this. I wanted to make yoga more accessible to more people. 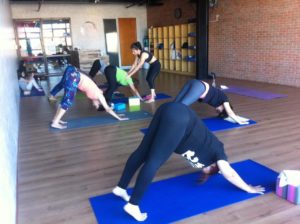 Community Fitness is a non-profit entity modeled after Yoga District. We also embrace the same philosophy: make yoga accessible to everyone regardless of their ability to pay.

We serve everyone in the community who come to show up on the mat. Our teachers help guide them toward their goals.

The price per class is basically around $2 (P99) and we’ve not turned any students away because of their inability to pay.

Most Rewarding Experience with Community Fitness 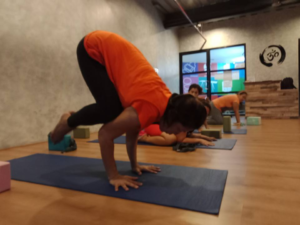 Every aspect of this journey has been especially wonderful.

Currently, we have about 800 plus members on our Facebook page since we opened in December 2017. We haven’t really done too much by way of advertisements.  We rely mostly on word of mouth for our community to grow.

But, admittedly, the most surprising experience so far is seeing the students’ eagerness for a good yoga practice. It feels really awesome!

Imagine, some have only heard of yoga on the web or on TV but now they are practicing and loving it! One day one student did a tripod headstand (safely). It was amazing! 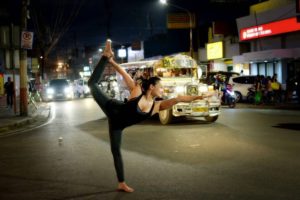 Finding teachers. We had no teachers when we opened last December. We had a yoga studio but no teachers. That was unnerving when I think about it now.

What happened was that Jonathan and I divided the work. He designed a short yoga workshop curriculum and I began recruiting possible teachers around November of 2017. I knew they were out there. I just needed to find them.

I posted an ad online calling out to interested yogis several times before resumes start coming in. The first to apply was Ferdz, then Belle, Jillie, Joey, Grace, Johnna, Joan, Tina, Byron, and Dice. Peach also joined us at Community Fitness. She’s also a graduate of Yoga District RYT200.

This is a concrete illustration of how yoga brings people together. Jon and I were delighted. 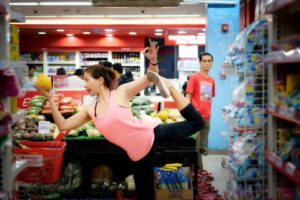 We offered scholarships to several workshop participants and the opportunity to teach with pay. For some of the new teachers, they’ve been practicing on their own for several years and needed a few minor tweaks but they were ready to fly. They were amazing.

It was meant to be. We were meant to be. After the teachers’ 40-hour training course they took over the classes and the students are loving them.

Advice to Others Who Wish to Do Something Similar 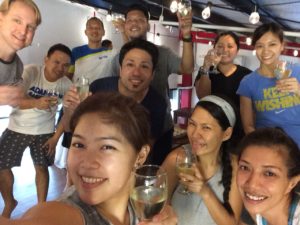 Starting a studio is equally fun and difficult at the same time. It’s always a work in progress, but the outcome is infinitely rewarding.

In the process, I gained a family of teachers and a bigger, extended family in the community through the students.

But, if you really want to start a studio a solid business plan is necessary.  It is just like when starting up any other business. Ultimately, staying focused and believing in yourself will get things done. Someday. I’d like to see more studios like ours serving the community.

Our vision is for yoga to transcend barriers in the Philippines. We want the practice to be easily accessible for everyone and anyone. Whether it be in the studio, in private, or at home practice, everyone should be able to enjoy the benefits of yoga. 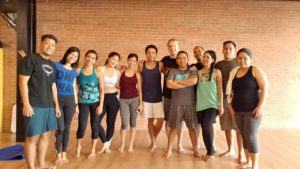 Community Fitness shapes the future of yoga in the Philippines

We can do this by staying true to our values and philosophy. By reaching out and bring the practice of yoga to the inner cities or underserved communities.   The places where a great number of people have practically no access to health clubs and other fitness studios because they are too expensive. There are no other yoga studios in the area. Community Fitness studio is the first of its kind. The closest one is at least 5 miles away; this distance can be a half hour to an hour’s commute considering Pasig traffic.

We are currently in the process of getting Community Fitness Studio certified by Yoga Alliance so we can begin training new teachers. Upon completing the RYT200 from Community Fitness we can issue the certificate of completion.