Diversity and inclusion with Mary to honor Black History Month 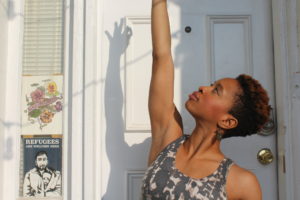 I never dreamed of becoming a yoga instructor. That dream, if any, was further deterred by the lack of Black bodies and faces that I saw in the media and in my yoga classes. Little did I know that yoga was to be my path to self-awareness and self-knowledge.

Yoga is the stream of consciousness that we always seek. The sacredness of yoga lies in diversity and the ability to think outside the box. It is my belief that yoga is a means to achieve social justice and health of our communities. My yoga practice began in 2009 with a Wii Fit balance board and has since then, transcended to a practice of mental and physical discipline and flexibility. The most important lesson that I learned in my early days of yoga is that the practice is for anyone – regardless of religion, body type and/or nationality and race. With time, came self discovery and the peeling away of society’s stipulations for how we should approach and treat our fellow humans.

Tenets of justice are inherent in the practice of yoga. When we look deeper, the notion of race is a baseless historical and cultural distinction between groups of people based on the color of one’s skin. Pre-conceived beliefs further fuel discrimination against groups, and most pronouncedly in the U.S., Black and Brown people. As a Black woman, I am often the only brown face in yoga class. In fact, I was somewhat hesitant about beginning my practice because first, I feared it to be a societal trend and second, rarely did I see a face like mine practicing asanas. Against all odds and with the spirit of encouragement, I decided to pursue yoga more deeply, teaching me to seek truth towards a path of enlightenment and justice. 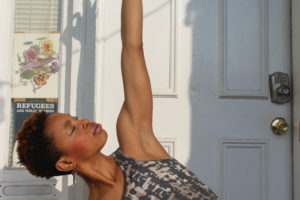 Yoga calls for diversity and inclusion. My recent intensive yoga teacher training at Yoga District was one of the best experiences in my life and with a small, yet diverse group of 5 other students, I learned things over the course of 200 hours that I have adapted and continue to adapt in my everyday life. The Yoga Sutras teach us to drop the veil of subtle ignorance and self-doubt to discover one’s true self and nature. With this, yoga brings about a sense of peace and conviction within self to treat the next person as we would like to be genuinely treated. “Change will not come if we wait for some other person or some other time. We are the ones we’ve been waiting for. We are the change that we seek.” – Former President Barack Obama

Practice with Mary in a special class to honor diversity, inclusion, and Black History month on February 25 at our Columbia Heights studio.