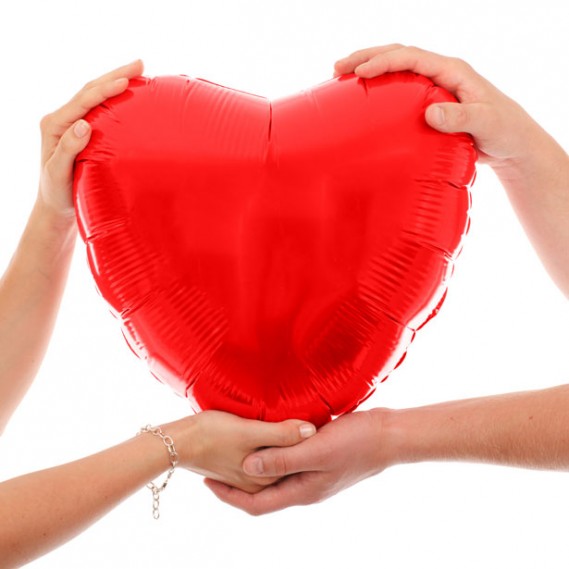 Good news for anyone seeking to take care of their heart: Reuters recently reported a study that shows yoga benefits heart health as much as aerobics. Read their full article to learn more, and check out YD’s Valentine’s Day workshops and extended classes to take care of your heart this weekend.

Those sun salutations and downward dogs could be as good for the heart as cycling or brisk walking, and easier to tolerate for older people and those with health challenges, according to a new review of existing research.

Based on 37 clinical trials, researchers found that doing yoga lowered blood pressure, cholesterol, heart rate and other cardiovascular risk factors in increments comparable to those seen with aerobic exercise.

“Taken together, these improvements could facilitate and complement a regimen toward better cardiovascular health,” said Paula Chu, a doctoral candidate in health policy at Harvard University in Cambridge, Massachusetts, who led the study.

She and her co-authors caution in the European Journal of Preventive Cardiology, however, that larger studies are needed to understand how yoga improves health, how much of it is ideal and if there are differences in benefits from various types of yoga before the practice becomes a standard prescription for heart disease.

“I think what we’ve seen is with yoga and the relaxation and behavior modification that goes along with it, there is a benefit to all patients, but especially those with heart disease,” said Phillips, who was not involved in the new analysis.

“Here we are able to see there are more measurable benefits than we’ve seen before,” he told Reuters Health.

Yoga originated in India more than 5,000 years ago, and has become a popular mind-body therapy in the West. Yoga’s breath control and body postures are believed to help nourish self-awareness, control stress and develop physical strength and balance.

The more traditional Hatha style of yoga is the most widely practiced in the U.S. But many specialized yoga “products,” such as hot yoga, power yoga and yoga retreats are part of a billion-dollar yoga industry.

One study estimates that 15 million Americans have practiced yoga at least once, according to Chu and her co-authors.

They focused on yoga’s effects on cardiovascular disease, as well as risk factors including high blood pressure, high blood sugar, excess abdominal fat and abnormal cholesterol levels that make up a profile – known as metabolic syndrome – that often leads to heart disease and diabetes.

The study team analyzed 37 randomized, controlled trials involving 2,768 people through December 2013. The trials either looked at yoga compared to no exercise or to aerobic exercises. Participants’ average age was 50 and they were followed for anywhere from 12 weeks to one year.

These changes were similar to the improvements seen among people who did aerobic exercise instead.

There were no changes, though, in fasting glucose levels or A1C, a measure of long-term blood sugar control in diabetics.

Chu and her colleagues note that one weakness of the results is that the analyzed trials included various types of yoga that were practiced for different amounts of time. These included Silver yoga (for seniors), Iyengar yoga (a form of Hatha that emphasizes correct postures), Viniyoga (which includes chanting) and Vinyasa (breath-synchronized movements.)

There were also a wide range of populations, from the young and healthy to older people with histories of heart disease, Chu told Reuters Health.

“We are not recommending anyone ditch their medicines or established medical or physical practices,” she said. “Individuals can talk to their doctors about whether yoga is a viable option for them.”

Yoga classes may be offered at health clubs, spas, senior centers and in other settings. Individual classes at stand-alone yoga centers tend to range from $15 to $30.

Phillips said he encourages his patients to develop a healthy lifestyle and exercise regimen, which could include yoga. He urges people to find a class that is appropriate for their comfort level and ability.

“I think the effects of relaxation do decrease stress levels and have a benefit to the heart,” said Phillips, adding that he had found doing yoga boosted his own mood and energy level.