The Science Behind Meditation 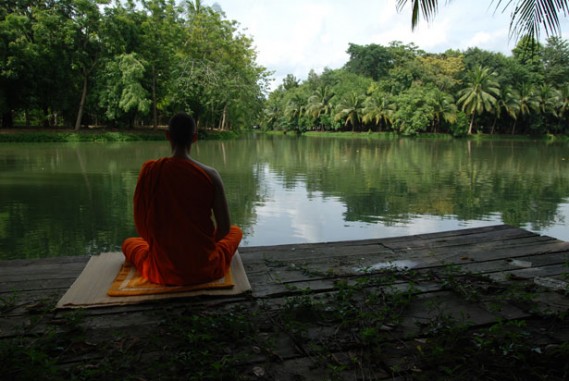 Can mediation slow the aging process? A team of scientists at the University of California, San Francisco says yes. Read more about it in this article in The Irrawaddy, a news source with the mission “to cover the news in Burma/Myanmar and Southeast Asia accurately and impartially.”

As technology and modern sciences advance, so does our understanding of how certain practices can affect not only our quality of life, but also how our bodies are positively or negatively affected by those practices.

One such example is found in this article entitled, “Can Meditation Really Slow Aging?” In which biochemist, Elizabeth Blackburn, lays out the process of her experimentation with meditation and how it could, in fact, slow the process of aging.

She explains that the basis of her experimentation is on something called the “telomere” which is the “cap” on the ends of our chromosomes that protect them from deterioration. Each time our cells divide and our DNA is copied, the caps wear out. In the 1980’s, Blackburn discovered an enzyme called “telomerase,” which acts in such a way to help protect the caps on our chromosomes. The process of aging inevitably wins out the battle, but telomerase slows the process.

Blackburn’s new research showed that high levels of stress could also cause telomeres to shorten dramatically, and much faster than the naturally occurring shortening resulting from the aging process.

Blackburn did research with 58 women who experienced high levels of stress on a regular basis. Her findings showed that their telomeres were shorter and their telomerase levels were lower.

Once Blackburn implemented the use of meditation and mindfulness practices with the woman in the study, she found that their telomeres had actually lengthened in size and their telomerase levels were higher.

Another interesting point made by this study is that stress can be passed down from a mother to her unborn child: “If women experience stress while pregnant, their children have shorter telomeres, as newborns and as adults—in direct contradiction of the standard view that traits can only be passed on via our genes.”

So, it just goes to show you that meditation, even for a brief period of time on a regular basis can combat stress, which will promote a longer, healthier life.