Another June (Pride Month) has come (and nearly gone) in the district. At Yoga District, we are proud to celebrate the diversity of our community–including those who identify as LGBTQ+.

Since 1920, the ACLU has worked to defend and preserve the rights and liberties guaranteed for all people by the United States Constitution.

What started as a small room full of activists, nearly 100 years ago, quickly evolved into the nation’s premiere civil liberties organization.

The ACLU’s track record of successfully defending and protecting groups that have historically been denied their rights.

This included but not limited to: people of color, immigrant communities, and those identifying as LGBTQ+.

ACLU has over 2 million members, activists, and supporters nationwide, the ACLU has championed LGBTQ+ rights issues from relationships, to parenting, to nondiscrimination protections and more.

Despite advancements in recent decades, many LGBTQ+ people continue to face discrimination in all parts of their lives.

With this reality in mind, folks at the ACLU work daily to “ensure that lesbian, gay, bisexual, and transgender people can live openly without discrimination and enjoy equal rights, personal autonomy, and freedom of expression and association.”

Meet Chad & Learn Why He Chose the ACLU 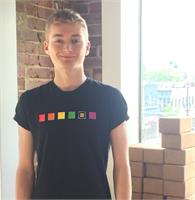 My name is Chad Byron and I am a proud member of DC’s LGBTQ+ community and one of the Studio Instructors at Yoga District. $4.50 per student in attendance of my class is donated to the ACLU. The pricing options are the same as regular classes on our schedule. You receive the  same yoga for the same affordable price, it just goes to a great cause.

My initial motivation for donating to the ACLU was personal.  I’m gay, and I trust the organization to put the funds toward protecting my community. After more research, I realized their work is reaching far more people than just those within LGBTQ+ community. That sealed the deal. They need help to do this work and protect all of our civil liberties.

I practice yoga because it puts me face to face with what’s going on internally. If in a state of fight-or-flight, I am seeing the world through a kaleidoscope, then yoga offers time to hone in the worldview. It reminds me of the abundance in the moment. 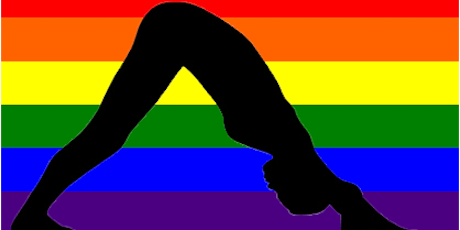 What to Expect in Chad’s Class

I enjoy offering a class that presents the poses in a way that offers progression but doesn’t require it.  I weave in some self-care invitations for students like encouraging forgiveness and letting go. Students can expect to get warm, but have a lot of space for introspection.


Thank you for being brave. Every time you show up on your mat you are creating this clean slate for yourself. An opportunity to experience the moments ahead for exactly what they have to offer.

Imagine every moment being abundantly weightless. Ponder this and keep showing up.
Learn more about the ACLU and how you can support their vital work advancing the rights of LGBTQ+ people across the country.