You are ready: By Jane C. 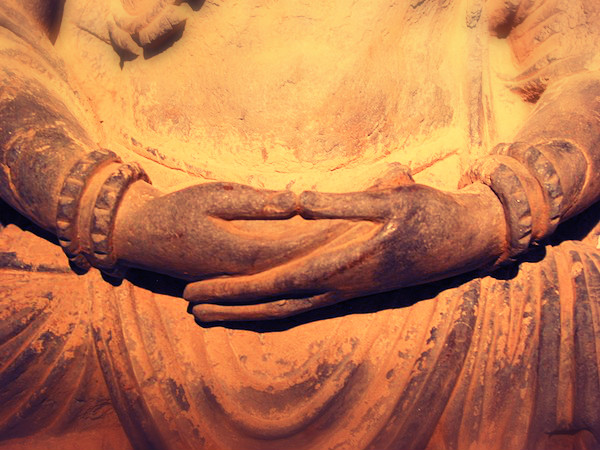 Jane C. completed Yoga District’s 200 Hour Yoga Teacher Training in April 2015. We are honored to share her reflections on her training experience.

I remember asking a trusted yoga teacher whether I was ready for teacher training. His answer? “You’re totally ready if you want to be.”

Well I still wasn’t 100% sure but I was drawn to the experience. I didn’t know exactly what I was looking for beyond deepening my own practice, but I wanted to find out. Lesson #1 Follow your intuition.

Now as I sit here on my yoga mat, half a world away in Australia, I admit I got waaaay more than I bargained for.

I made it through the 12 straight days of 7am starts and 9pm finishes. Not only did I survive but I found myself engrossed in a body of knowledge that spanned the gamut from anatomy to ancient texts like the Bhagavad Gita and Patanjali’s Sutras to the science of Ayurveda, all the while expanding my own practice and connecting with an incredible group of yogis. I felt nurtured, inspired and beautifully plugged in to a community that I had sensed ever since the first time I stepped inside the hosting studio, Yoga District.

There were 15 of us, all women. What was apparent from the first introductions was that almost all of us were, in one way or another, in transition. A cop and a war veteran, a school leaver who sometimes seemed the oldest soul in the room, a food writer, a single mom, a lawyer or two who had walked away from their corporate jobs, a musician, a graphic designer. An Indian, an Australian and an American moving to Australia. Notwithstanding our vastly different walks of life, from the get-go I saw myself reflected in those around me. Lesson #2 The light in me really is the very same light that’s inside you. Again my teacher had forecast it: “At some point you will see everyone’s light.” We ranged in age from pre-college to pre-retirement yet I related to everyone. By the end it felt as if each soul had been put there to teach me a lesson. Maybe it’s a factor of an intelligently-designed teacher training program that all this was happening in a natural, organic way that somehow just flowed.

I felt open and receptive in a way my ordinary life hadn’t cultivated. Without a word of exaggeration at times it felt like an epiphany a day. My headstand began coming together just as I realized it no longer mattered. I experienced yoga nidra for the first time and long restorative yoga sessions where an hour and a half elapsed in what felt like 15 minutes. I discovered chanting, learned what a harmonium was and got a taste of where meditation might take me. I started to understand the power of the bandhas, realized the kind of yoga I liked had a name, a tradition. But even more significantly, I was discovering things that had broader application. The Yoga Sutras and the lessons conveyed by the Bhagavad Gita resonated deeply. Here, in these ancient texts I’d never known existed, I found articulated many of the values I had been naturally gravitating towards without knowing it was yogic philosophy. From the moment I first came to the mat only a few years ago, yoga had brought me a sense of calm and little by little a broader feeling of equanimity that had begun to pervade my whole life, to change the way I saw the world and how I was able to approach my daily living and my relationships. Here was a direct connection with the source of that wisdom. The yoga was doing the talking and it was making a hell of a lot of sense. Lesson #3 Be receptive.

In the heart of political, work obsessed, overstimulated and sometimes superficial Washington DC was a space – masterfully created by the training and gently held by the teachers – where we could explore what our lives meant and the choices we had in living them. Lesson #4 When the student is ready, the guru appears. SO MANY amazing teachers have come into my life at Yoga District and one of the blessings of this training was the chance to spend extended time with them, to ask them questions directly – not just about the physical yoga but about how they live off the mat. Down to the one, the teachers were open and generous with their insights and their struggles. I felt as though they were filling me up, restoring the humanity other realms of my life had chipped away at and flat out equipping me with skills for better living. This was not a didactic approach but truly an exploration among equals. This didn’t mean the discussion couldn’t become heated – hard to avoid when vegetarianism and the nature of good and bad in the world are on the table and sleep deprivation is involved – but the atmosphere was warm and people spoke their hearts and minds and listened when others did the same. It was fascinating.

One of the last things we did in training was to reflect on how we had grown and how we wanted to keep growing. I realized I had connected to my center and found the willingness to trust in some big decisions I was making in my life – what career to stick with or ditch, what country to call home, how to be with the people I love. I was surer than ever that I was on the right track, finding increasing ease in being outside my comfort zone and more and more seeing my life as an adventure, an exploration where success will be measured by my own standards.

A switch has been flicked and there is no turning back. This is just the beginning. Lesson #5 You don’t have to listen to the stories your mind habitually tells you. You can rewire your brain and open the door to new possibilities.

So if you’re wondering whether you’re ready for yoga teacher training even if you don’t necessarily think you want to teach? You are.